Study of the Immediate Effects of Autostereoscopic 3D Visual Training on...

In recent years, with the rapid development of display devices and technologies, autostereoscopic 3D technology, as an emerging technology, has been widely studied and applied in the filed of human vision science. The main directions are the improvement of visual function, the relief of visual fatigue and the effectiveness of myopia prevention and control.

The teams of professor Zhou Xingtao, the dean of Eye & ENT Hospital, Fudan University, Shanghai, China, conducted a study on the immediate effect of autostereoscopic 3D visual training on the accommodative function of Myopes. The article was recently published in the internationally renowned academic journal Investigative Ophthalmology & Visual Science (IOVS). The researchers randomly divided the participants into 2D visual training and autosteroscopic 3D visual training groups. Both groups underwent 11-minute visual training with carefully designed content. The researchers adjusted functional parameters before, during and immediately after training. Measurements were performed and the degree of visual fatigue was subjectively assessed by questionnaires after training. The results showed that after training, the adjustment lag of the autostereoscopic visual 3D training group was significantly reduced, and the adjustment sensitivity was significantly increased; while the adjustment amplitude of the 2D visual training group was decreased. The overall visual fatigue of the two groups of subjects after training was lower than fatigue of the usual daily study and work.

It’s exciting that accommodative lag and low accommodation sensitivity has been widely confirmed by the academic community that the transient or long-term hyperopic defocus caused by them is closely related to the occurrence and development of myopia. We can boldly speculate that autostereoscopic visual 3D training may become an effective solution for myopia prevention and control!

We look forward to more exploration and research in this filed!

Methods: We enrolled 46 adults (men = 22 and women = 24; age = 21.5 ± 2.5 [range = 18–25] years, spherical equivalent: −4.52 ± 1.89 [−8.88 to −1.75] diopters [D]) who visited the Eye & ENT Hospital of Fudan University. The study population was randomly divided into three-dimensional (3D) and two-dimensional (2D) viewing groups to watch an 11-minute training video displayed in 3D or 2D mode. Dynamic accommodative response, accommodative facility, and accommodative amplitude were measured before, during, and immediately after the training. Accommodative lag and the variability of accommodation were also analyzed. Visual fatigue was evaluated subjectively using a questionnaire. 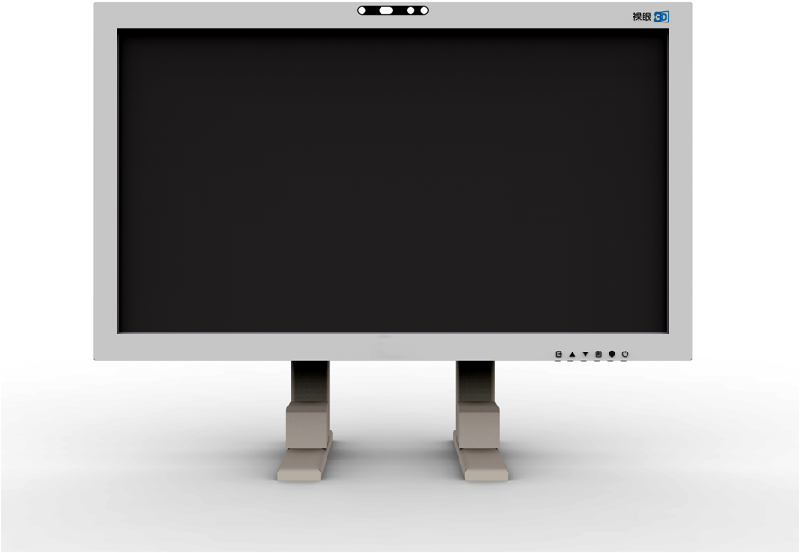 Table 1: Baseline Characteristics of the Participants. There were no significant differences in gender, age, diopter, intraocular pressure, and axial length between the 2D group and the 3D group.

Baseline Characteristics of the Participants

Supplementary Table 1: The baseline accommodative parameters of the 2D and 3D groups.

There was no significant difference in baseline accommodative parameters between the 2D and 3D groups. The baseline accommodative parameters of the 2D and 3D groups

Table 3: Changes of Accommodative Functions in Different Refractive Groups. Participants were divided into low and moderate myopia group and high myopia group according to the refraction for further analysis. Baseline data between the two groups showed only significant differences in refractive status and axial length. There were no significant differences in the adjustment parameters between the two groups before and after the experiment. Supplementary Table 3: The comparison of the accommodative parameters changes in different sex groups. Further analysis of the participants by gender showed that there was no significant difference in the adjustment parameters of males and females before and after viewing. 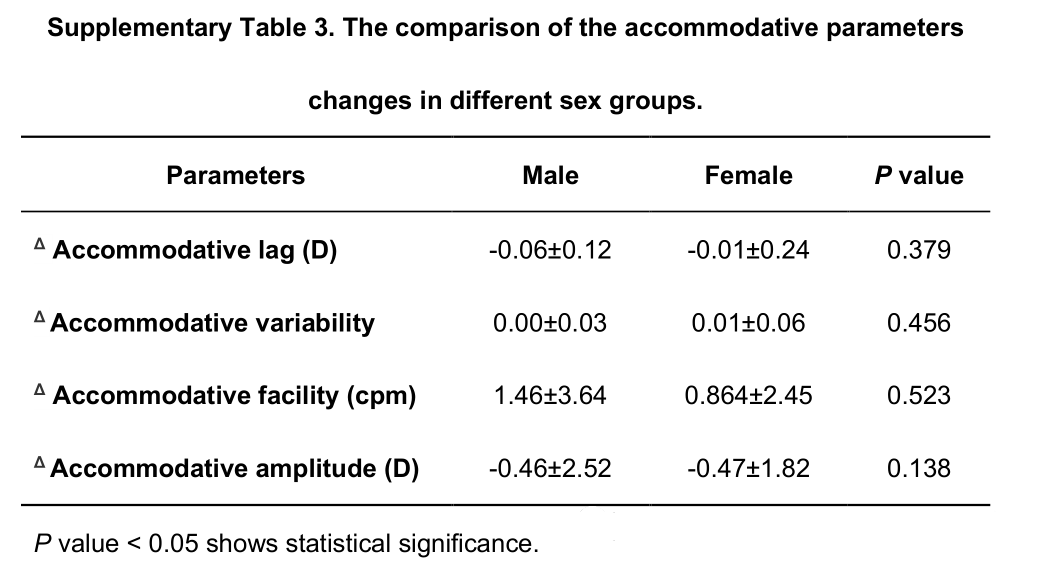 The comparison of the accommodative parameters changes in different sex groups.

Changes in dynamic accommodative responses between the first cycle and the last cycle. (A) The 3D group. (B)The 2D group.

The subjective evaluation of visual fatigue. (A) Scores of each symptom. (B) General visual fatigue after the viewing task (“after viewing”) and in everyday life (“during study or work”).